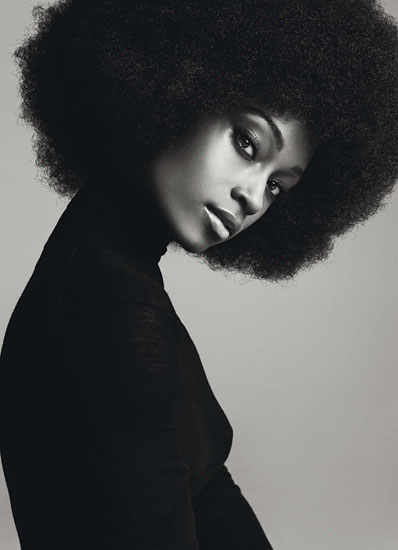 In 2004 America’s Next Top Model introduced us to a stand out, jaw dropping beauty with a name that was as unusual as her soft subtle features. I am of course speaking about Yaya DaCosta who in spite of coming in second place in the (ANTM) competition left a far greater impression than the victor.  Fast forward to 2010 where Ms. DaCosta is now practically a household name or at least a familiar face who has repped popular products such as Garnier Fructis, Dr. Scholl’s, and Olay, and Izaac Mizrahi.  She has also graced the pages of such publications as Elle Girl, Jewel, and Essence magazines.  She has also shared screen time with Antonio Banderas in Take the Lead and currently with Mark Ruffalo in the 2010 film The Kids Are Alright.  She just recently joined the cast of the popular daytime television soap All My Children.  W Magazine just paid homage to her as one of 2010’s fastest and talented rising stars on the move.  We found the piece to be especially appealing as Yaya chose to be her all natural self, hair and all.  We at NETERAL thought that she outshined the pages of W with such beauty and grace that we had to also pay homage to this sister on the rise.  Our message to Yaya “no sky, no limit”.