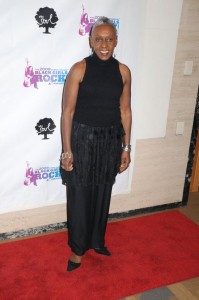 Vogue Italia has taken a leap forward on the evolutionary chart of fashion by bringing all around fashion maven Bethann Hardison into the fold.  Vogue Italia has assigned the legendary model, agent, writer, and advocate of diversity in the fashion world the position of editor at large for a section of its website that will deal with emerging black models and their issues within the fashion industry.  Vogue Italia had previous ground breaking success with its 2008 all black models issue, which was put together by Ms. Hardison and Vogue Italia’s editor in chief,  Franca Sozzani.  Due to the success of the issue, Ms. Sozzani decided to start a series of online discussions about the plight of today’s black model.  Sozzani dedicated the Nov. 2008 issue of L’uomo Vogue to Africa, and half of the issues advertising revenue went to African related charities.  Vogue Italia also celebrated the anniversary of the issue in 2009.  Ms. Hardison was quoted as saying, “the fact that Vogue Italia is supporting black models is huge”.  She went on to say that Milan was always the toughest place for black models to be.  She said that when she was an agent she never wanted to send her models there.

Essence Has Lost Its True Essence