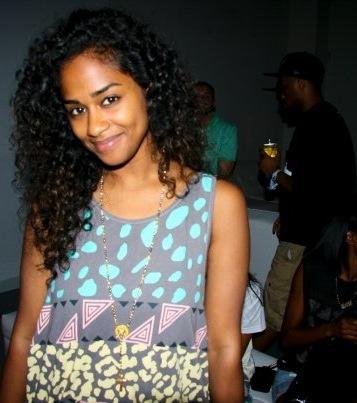 Director, producer, promoter, & designer Va$htie Kola made history by becoming the first woman to design for the Nike Air Jordan’s line.  She designed the Ladies Air Jordan 2 retro.  The talented Miss Vashtie is known for her tomboy style and love of retro sneakers.  Congratulations for making history as a woman in an industry that’s dominated by men.

On Va$htie’s blog she ecstatically stated,

“I’m beyond ecstatic right now. Me?! Designing a JORDAN?! As in JORDAN!!! It’s not like JORDAN collaborates with just anyone. On top of that…

I AM THE FIRST FEMALE TO DESIGN A JORDAN!!!

I mean, then again…What other sneaker brand could be the first for me to design for! It’s a NO BRAINER…I’ve been known for being a JORDAN ROCKING FOOL since before I’ve been noted for anything else in my career!”

Let’s take a look at the finished product.