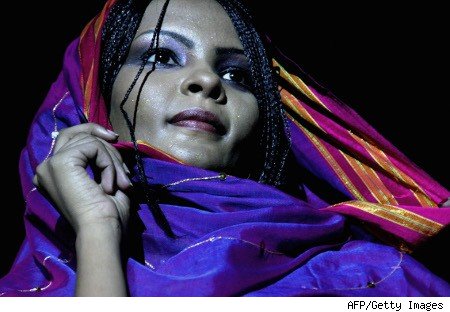 The city of Khartoum in Sudan was the locale for the American inspired version of Sudan’s next top model fashion show and also the scene of a mass arrest. Nearly twenty male and female models, make up artists, and designers were arrested and detained by police officers in Khartoum after the runway show for violating the unwritten anti-commingling act of the opposite sex. The police are well known in the Muslim North sector of Khartoum for their crackdowns on indecent dress and alcohol use. Police officials obviously had a problem with unrelated men and women interacting and sharing the runway stage during the show.  There were no provocative pieces on display. The collections consisted of wedding dresses, traditional Sudanese suits, and clothes from local shops. Police officials in Khartoum did not respond or make any statements about the arrest. Talk about your fashion police!