Essence Has Lost Its True Essence 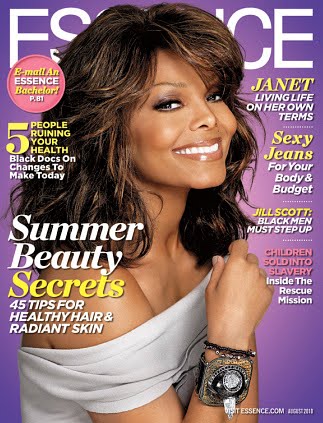 Essence Magazine, bought by Time Warner in 2000, has finally established itself as not being black owned by hiring its first white fashion director.  Ellianna Placas has a background with O Magazine and US Weekly.  Michaela Angela Davis of Essence expressed her sadness and disappointment with a statement posted on facebook stating,

“It’s with a heavy heart I’ve learned Essence Magazine has engaged a white Fashion Director. I love Essence and I love fashion. I hate this news and this feeling. It hurts, literally. The fashion industry has historically been so hostile to black people–especially women. The 1 seat reserved for black women once held by Susan Taylor, Ionia Dunn-Lee, Harriette Cole(+ me) is now-I can’t. It’s a dark day for me. How do you feel?”

Davis went on to say a few more words on her page, but me personally I’m not surprised at all by this decision.  I mean Essence is not black owned, so as with most companies that are not black owned, such as Johnson & Johnson and Visa, they will hire the people who have a liking to them.   The excuse that Placas has superb qualifications is rubbish because there are thousands of black women with just as many or even better qualifications than Placas.  Not only do these black women have qualifications, as black women they have a deep rooted connection and special bond with a black women’s magazine.  Don’t be too surprised in the near future when Essence will probably announce that they serve a multicultural audience instead of a black one…mark my words.  The lackluster covers of Essence from the last few months anticipated this announcement.  Do black people have anything that belongs to them anymore?

“I understand that this issue has struck an emotional chord with our audience…however I selected Ellianna, who has been contributing to the magazine on a freelance basis for the last six months, because of her creativity, vision, the positive reader response to her work and her enthusiasm and respect for the audience and our brand. We remain committed to celebrating the unique beauty and style of African-American women in Essence magazine and online at Essence.com.”

For Colored Girls Only: The Demonization of Black Men in the Media…What Else Is New?