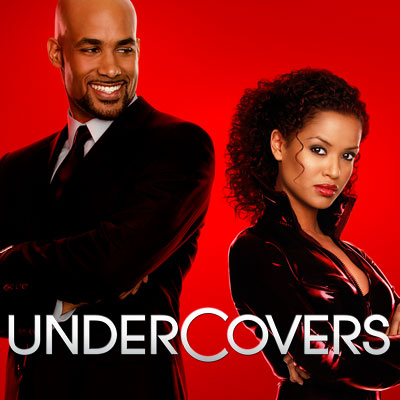 J.J. Abrams—creator of television series “Lost”, “Alias”, and “Fringe”, will bring a new television series to the air this fall titled “Undercovers”.  The new series will premiere on NBC September 22nd on Wednesday nights and will star Boris Kodjoe and Gugu Mbatha-Raw as a husband and wife spy team who carry out daily action packed assignments while balancing everyday marital life.  The show is said to have a somewhat comedic edge, which makes it different from most hard driven spy themed stories.  We all remember Kodjoe from the Showtime series “Soul Food” with his on and off screen wife Nicole Ari Parker.  Mbatha-Raw is an English actress who is best known for her semi-regular role as “Jenny” in the BBC English series “Spooks”.  These two already look as though they share an instant on screen chemistry, not to mention the fact that they make an eye-catching couple.  Take all of this into consideration along with the fact that Abrams will be overseeing all of the story content and production of the show, which means we are almost sure to be looking at a killer series.  We can’t wait!